Southern California isn’t lacking when it comes to comic book conventions. In particular, there’s a heavy concentration in the Los Angeles area and, of course, San Diego is home to the be all and end all that is San Diego Comic-Con. The Inland Empire hasn’t received the same attention as its neighbors with Anime Los Angeles being the largest event in the area. Those looking for a con with a more general focus on comics and pop culture will be glad to hear about the debuting Comic Con Revolution on May 13th at the Ontario Convention Center. CCR was mounted by Atomic Crush Events, whose staff has experience working with Wizard World and Long Beach Comic Con.

In a strong show of confidence, organizers had already announced May 19 and 20 as the dates for 2018. Luckily, the inaugural Comic Con Revolution recorded an attendance of 5449. Next year’s event will likely be even bigger with twice the exhibit space. The smaller exhibit hall was the most noticeable issue with CCR as they only utilized half the venue’s available space. The intimate setting meant it got pretty crowded during the early afternoon, but thinned out later in the day. CCR’s vendors saw the standard assortment of discount comic bins, artwork, and piles of T-shirts. Some of the more unique items found were custom LEGO mini-figures and pillows in the shape of popular superheroes.

The guest list was surprisingly loaded for a first time convention. The most popular guests had to be Feodor Chin, Anjali Bhimani, and Josh Petersdorf, voice actors from the video game Overwatch. The trio, who provide the voices for Zenyatta, Symmetra, and Roadhog, were on hand to sign autographs and host a panel about Overwatch. To say the panel was packed would be an understatement. All seats were filled and many more attendees had to stand in the back. Other media celebrities at CCR were Carla Perez, who played Rita Repulsa from seasons 2 through 6 of Mighty Morphin’ Power Rangers, David Naughton of American Werewolf in London fame, Lucha Underground‘s Katrina & Marty the Moth, and Tommy Walker from the first season of Daredevil.

The big get amongst the list of comic book luminaries was Jim Starlin, which was perfectly timed with the release of Guardians of the Galaxy, Vol. 2, the previous weekend. Starlin had a hand in creating Drax the Destroyer, Gamora, and Thanos as well as a long run writing the character of Adam Warlock, who will become a major part of the franchise. Starlin also wrote The Infinity Gauntlet, which will be the basis of the upcoming Avengers movie. Starlin had a long line of fans looking to get their comics signed along with another guest of honor Chris Bachalo, a former artist of X-Men and Neil Gaiman’s Sandman. Ron Marz, who has written Green Lantern and Witchblade, was also in attendance, with Artists Alley filled with other creators such as Hope Larson, Cat Staggs, and Whilce Portacio.

Even after the exhibit hall closed its doors at 7PM, the convention continued with a cosplay contest. The Mayor of Ontario, Paul Leon, cut the ribbon for the opening ceremony earlier in the morning and was sitting in the audience for the contest. He also got a chance to select his favorite contestants, a steampunk couple. Winners for the cosplay showcase won gift certificates from Dave & Buster’s and Funko Pops. Some of the best costumes on display were a Xenomorph/Dorothy Gale mashup, a Warhammer marine in Deadpool-inspired armor, a baby Batman, and a Moana group.

Comic Con Revolution put on a strong showing for a brand new convention and next year we will hopefully see more space, more guests, and more vendors. 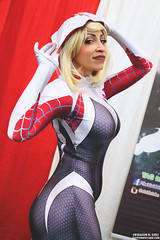 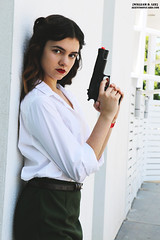 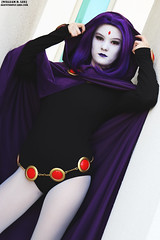 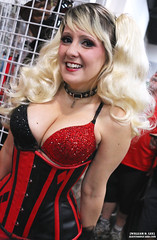 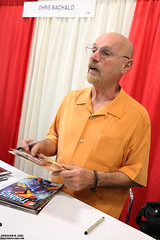 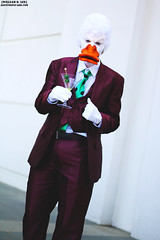 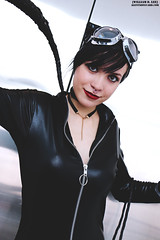 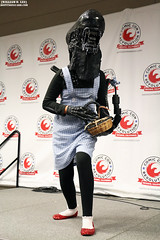 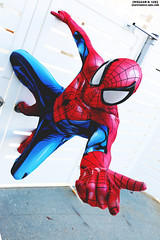 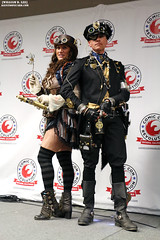 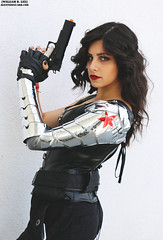 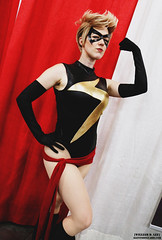 For more photos, head over to my gallery on Flickr.

I’ll be taking a much needed break until July when I dive deep into Anime Expo and San Diego Comic-Con.