Los Angeles Comic Con returned to Downtown LA on October 11th through 13th for its ninth year. The timing was a bit odd as LACC usually takes place on Halloween weekend. Luckily, the convention kept its trick or treating tradition alive on Sunday with vendors passing out candy to attendees young and old. On a more solemn note, 2019 marked the first LACC following the death of Stan Lee, who previously lent his name to the event for several years. His presence was still felt through a heartfelt tribute by Rob Liefeld and a memorial wall that allowed fans to write their own messages to the late Marvel impresario.

Much like other cons, LACC’s attendance has improved by leaps and bounds with 2017 breaking 100,000. Unfortunately, the increased popularity comes with its own growing pains. While Friday ran relatively smooth, Saturday saw a huge spike in crowds with a long line wrapped around the convention center. Attendees trying to pick up their badges took to social media to voice their displeasure with some reporting a wait time of over 2 hours just to get inside. Meanwhile, anybody looking to buy their ticket that same day could easily walk in and right up to the ticket booth.

Despite the hiccups, operations ran more smoothly on Sunday though the exhibit hall was pretty crowded for the final two days. Hot Topic, one of the show’s primary sponsors, also had huge lines to purchase their con exclusive Funko Pops. One of the nicest aspects of LACC’s show floor is a clear delineation for the various types of vendors. Those focusing on anime, toys, or comics could be found in their own sections, along with artist alley, the autograph area, and cosplay corner. Of course, there were many booths that didn’t fit easy categorization. Exhibitors could be found selling tabletop gaming accessories hand carved from wood, delicious macaroons, and even one both stocked with geek-themed beds and clothes for your four-legged friends. Women of Wrestling also returned with their own ring for photo ops with WOW Champion Tessa Blanchard and Jeannie Buss, owner of WOW and the Lakers. Nearby, you could check out replicas of iconic cars like the Back to the Future DeLorean and Stephen King’s Christine.

While LA Comic Con doesn’t come close to the star power of the all-powerful San Diego Comic Con, it definitely ranks above other conventions in the Southern California area. Kevin Smith and Jason Mewes hyped their latest comedy, Jay and Silent Bob Reboot, and hosted a Jay and Bob cosplay contest at a recreation of the Quick Stop storefront made famous in Clerks. Sony Pictures presented Zombieland: Double Tap with director Ruben Fleischer, screenwriters Rhett Reese & Paul Werneck, along with cast members Avan Jogia, Zoey Deutch, Rosario Dawson and Jesse Eisenberg. The panelists discussed what weapons they’d use in the zombie apocalypse and showed a clip from the film. The scene introduced Deutch’s Valley Girl character, Madison, who has survived Zombieland by living in the freezer of a frozen yogurt shop. Afterwards, a few blessed folks were invited to an exclusive screening.

Perhaps, the most popular panel of the convention was the reunion of supporting players from The Office. No one seemed to mind the absence of stars Steve Carell, John Krasinski or Rainn Wilson. Instead, devotees of Dunder Mifflin surrounded the main stage and hung on every anecdote from cast members Creed Bratton, Leslie David Baker, Brian Baumgartner, Phyllis Smith, Kate Flannery, and Oscar Nunez, who shared a touching story about how gay teenagers found the courage to come out to their family and friends because of his character. Other 2019 guests included Elijah Wood, Ron Perlman, Doug Jones, Gerard Way, Christy Carlson Romano, Gabriel Iglesias, Felicia Day, and comics legend Jim Starlin, the creator of Thanos.

It will be interesting to see what LA Comic Con brings to the table for 2020 as they will be taking place in September, which they haven’t done since 2012. Showrunners also have to correct the mistakes of this show while also celebrating their tenth year. 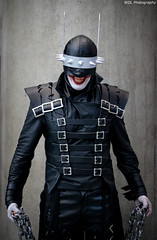 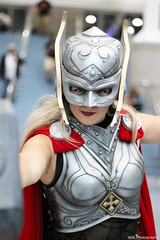 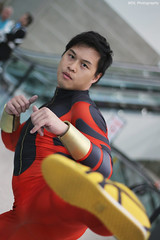 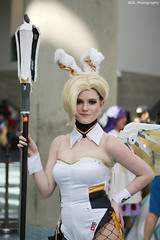 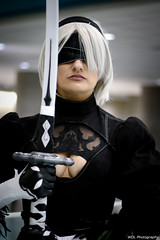 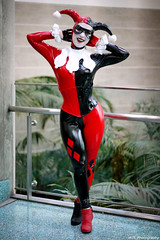 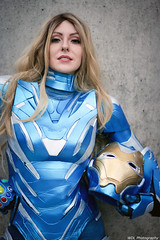 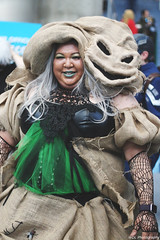 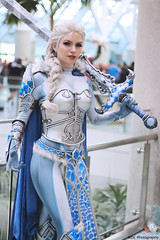 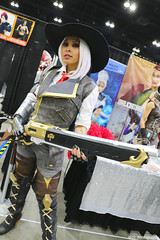 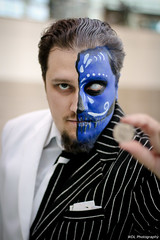 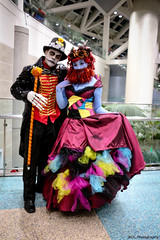 For more photos from LA Comic Con, head over to Flickr.