Long Beach Comic Con has become one of my favorite events of the summer con season. It’s a welcome breath of fresh air after the teeming crowds of Anime Expo and the daunting enormity of San Diego Comic-Con. However, this past LBCC didn’t seem to match up to previous years. Long Beach didn’t seem to attract the amount of people as before. Maybe the heat scared some of them off. Or maybe the guest list wasn’t as star studded this time around. 2016 saw a Firefly reunion with Nathan Fillion, Adam Baldwin, Sean Maher, and Jewel Staite, along with Kevin Conroy and Loren Lester, the voices of the Dynamic Duo on Batman: The Animated Series. Lines in the autograph area were twisted into a Gordian knot of geeks.

For 2017, the headliner was William Shatner, who popped in on Saturday for a autographs, photo ops, and a panel. Sherilyn Fenn of Twin Peaks fame was also present. LBCC organizers likely had a tough time competing with many of the other conventions scheduled on a packed Labor Day weekend. There was DragonCon in Atlanta, Toronto FanExpo, the San Francisco Comic Con and SacAnime in NorCal, and PAX West in Seattle, among others.

The exhibit hall wasn’t quite the same either. The Space Expo, which celebrates science and technology, was returned and presented panels on space travel and the intersections between science fiction and science fact. Skybound, publishers of The Walking Dead, were nowhere to be found while vendors selling life insurance and palm readings were oddly included. Still, you could find acclaimed creators such as Dave Gibbons, Pia Guerra, and Gene Ha throughout Artist Alley. If you wanted to give your feet a break, the panel rooms featured eclectic programming centered around do-it-yourself cosplay tips, a history of collecting Star Wars, and a fashion show spotlighting pop culture inspired outfits that were alternately sexy and functional.

Without a doubt, the biggest change was the heightened security in response to recent events, such as the nutjob who wanted to take a shot at Jason David Frank at the Phoenix Comic Con in May. LBCC announced ahead of time that replica guns or anything that could be construed as a gun were prohibited. This even included a homemade Portal Gun by Rick & Morty cosplayers, which resembled a label maker far more than a deadly projectile weapon. Outside the convention center, attendees lined up to pass through security with a bag check and metal detector wands. Unfortunately, consistency was an issue.

Despite multiple jaunts in and out of the building, it wasn’t until Sunday afternoon when one guard asked to examine my water bottles. One had watered Gatorade and I was told to empty it since it looked like alcohol. Never mind that the venue sold open containers of alcohol. It would have been for somebody to announce this change of rule ahead of time. There was also a big sign stating large bags and backpacks were prohibited, but there was no enforcement of said rule.

Overall, LBCC 2017 was a success though it won’t rank above previous years. 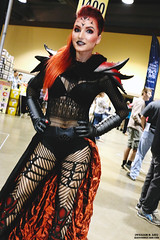 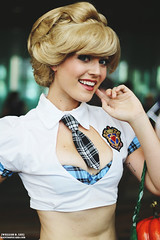 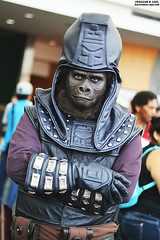 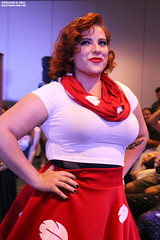 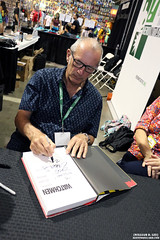 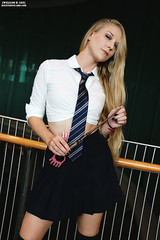 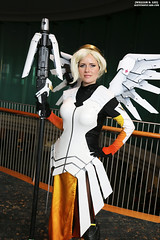 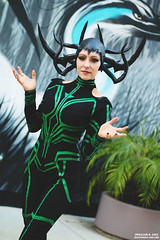 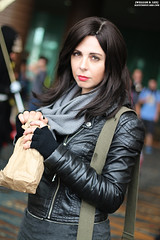 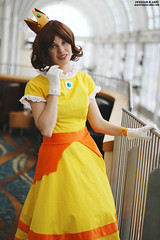 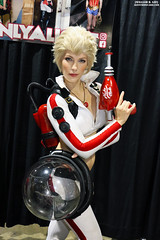 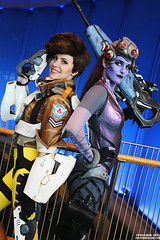 For more photos from LBCC 2017, check out my full gallery on Flickr.