Wondercon has always been a bit of a wanderer. The convention was started in San Francisco back in 1987 before shifting ownership to the same organization that puts on San Diego Comic-Con. Due to remodeling of the Moscone Center, Wondercon migrated south to Anaheim in 2012, where it remained until 2016. It was remodeling yet again that caused the con to move to the Los Angeles Convention Center before making its way back to the shadows of Disneyland. Construction continued on a new addition to the Anaheim Convention Center, along with a pedestrian walkway. The work in progress hardly hampered festivities though some parking spots were made unavailable. The expansion is expected to open at the end of 2017 so it will be interesting to see if Wondercon will utilize the additional space in future years.

Most attendees I spoke with were more than excited to see the convention move back to Anaheim. Many still struggled with traffic and parking, yet the problems weren’t nearly as difficult compared to LA. Plus, there’s more hotel space since Wondercon was last there, along with a Walgreens and CVS just down the road for folks to conveniently grab a few snacks and drinks.

Purchasing tickets for Wondercon was also much less of a hassle compared to its larger sibling, SDCC. No virtual waiting room or blue ring of death. Badges were readily available though Saturday and 3-Days were sold out a few days before the convention. Once again, Wondercon used RFID tags with a perimeter of scanners around the building. Placing badge readers well outside the convention center prevented bottlenecking at the doors, which was somewhat of a problem during the busiest hours of SDCC.

Before entering the Wonderzone, attendees were greeted to food trucks lined along the courtyard, an annual tradition at the Anaheim Convention Center. It was a healthy mix of burgers, burritos, pasta, and Filipino food, plus delectable desserts, such as ice cream sandwiches made with freshly baked cookies. After moving through the security points, hundreds of cosplayers could be found posing for photos at any number of photogenic spots surrounding the convention center. The fountain in front of the main entrance is a popular gathering spot for group pictures. Speaking of cosplay, Logan was still fresh in the minds of numerous fans as there were several Old Man Logans and X-23s this year, along with the usual cadre of Spider-Men, Harley Quinns, and Deadpools. Also seen was a Green Goblin who transformed his hoverboard into a Goblin Glider. One cosplayer dressed as X-Force villain Stryfe (a seldom seen costume), then donned the heavy-duty armor of Onslaught. Saturday night’s masquerade was highlighted by a contested dressed as the faun from Pan’s Labyrinth, a costume that received approval from Doug Jones himself on Instagram. We also had representatives of the Fire Nation from Avatar: The Last Airbender, a Hawkman and Hawkgirl with expanding metal wings, and the Geisha-Bot from the recently released Ghost in the Shell.

The Wondercon crowds aren’t nearly as dense as those at the San Diego Convention Center. The artist alley and small press vendors at the opposite ends of the exhibit hall are tightly packed, but there’s much more elbow room in the middle. Toddland set up a Bob’s Burgers store that replicated the diner from the popular animated show. Meanwhile, Capcom set up several stations to play Street Fighter, Resident Evil, and Marvel vs. Capcom. They also had an entire section that looked like a time capsule from the 90’s.

There’s less Hollywood participation here save for one major studio panel and a few smaller ones focusing on behind-the-scenes aspects of movies like Rogue One and Logan. Programming was heavy on television with NBC’s new drama Midnight, Texas adorning the convention center and badges. Other shows present were The Goldbergs, Riverdale, Jenna Elfman’s new sitcom Imaginary Mary, and the US premiere screening of the Doctor Who spinoff, Class. The big tickets were probably Gotham, Voltron, and Agents of SHIELD.

Aside from SHIELD, Marvel hasn’t had a major presence at Wondercon in years, but DC Comics has been a steady fixture. Their booth may have been less than half the size of their SDCC booth, but there was still plenty to see. On display, were upcoming action figures and statues from their Super Hero Girls and Teen Titans Go lines. Of course, since this was Wondercon, it was all about Wonder Woman this year. Gal Gadot’s movie costume was a centerpiece with TV screens playing the Wonder Woman and Justice League trailers on a loop. Saturday afternoon director Patty Jenkins stopped by for a Wonder Woman cosplay meetup and invited her five favorites to the movie premiere in Hollywood. Later that evening, Warner Bros. held their panel in the Arena. While the Arena hosts some of the con’s biggest panels, it rarely fills to capacity, but WB’s showcase was one of those few instances. No doubt, attendees were hoping for a sneak peek of Wonder Woman and any other tidbits of the DC Cinematic Universe.

The WB Panel started off with moderator Tiffany Smith and David F. Sandberg, director of Lights Out and Annabelle: Creation. The latter is a prequel centering on the origin of the creepy doll introduced in The Conjuring. The story revolves around a girl with a limp, who lives in an orphanage run by a married couple whose daughter was killed in a car accident. In an extended scene, the girl enters the deceased daughter’s room and unlocks a closet where Annabelle sits. Soon, the door opens by itself and the girl throws a sheet over the creepy doll, which begins to move by itself.

Geoff Johns and Patty Jenkins were introduced next for a discussion about Wonder Woman finally getting her own movie. They rolled the Justice League trailer along with a quick sizzle reel tracing Diana as a child, her first meeting with Steve Trevor and escaping Themyscira. The scenes shown to the Wondercon audience were different from the ones screened at CinemaCon in Vegas. The first sequence played was the alley scene that Jenkins admitted was an homage to Richard Donner’s Superman. Steve Trevor and Diana have just arrived in London with Trevor on a constant lookout for spies. They duck down an alley where the two are quickly surrounded by German agents. One of them opens fire, but Diana blocks it with her bracelet. She proceeds to dispatch the other attackers with ease. Just as the last bad guy is about to escape, Diana trips him up with the Golden Lasso to a huge reaction from the crowd.

The second scene was a real barnburner as Steve Trevor’s unit is pinned down by German snipers hidden throughout the village. Of course, Diana takes it upon herself to deal with the shooters as she easily dodges bullets or deflects them with her bracelets and shield. This builds to Wonder Woman with a flying knee that sends her opponent crashing out of a window. The action utilizes speed ramping in pure Zack Snyder fashion. Both Johns and Jenkins discussed their love of the comic books and the pressure to satisfy a very demanding fanbase.

This was one of DC’s bigger panels, along with the premiere of Teen Titans: The Judas Contract, the latest in WB’s line of animated films. This one didn’t disappoint as the filmmakers adapted the classic comic storyline into modern continuity. It’s not kid friendly, there’s violence and strong language, so buyer beware.

Wondercon was a definite notch in the win column for the con year of 2017. It had a big event feel with the relaxed atmosphere of a smaller convention.

Con season will be slowing down for me while I envy all my friends attending Star Wars Celebration, Silicon Valley Comic Con, and Phoenix Comic Con. In the meantime, I’ll be resting up until July explodes with Anime Expo, D23, and San Diego Comic Con. 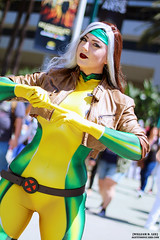 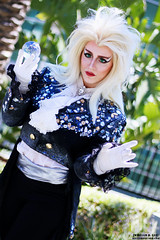 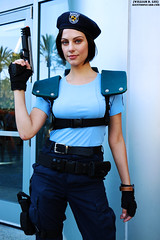 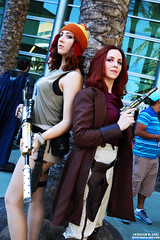 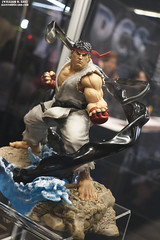 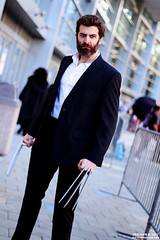 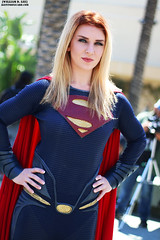 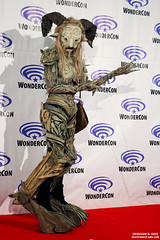 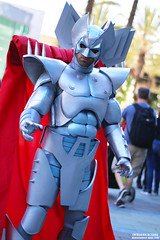 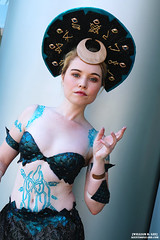 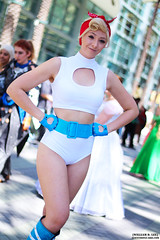 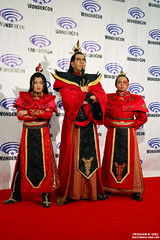 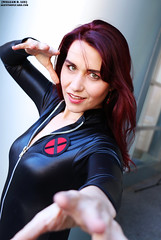 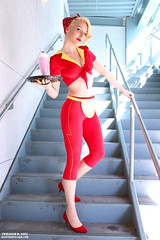 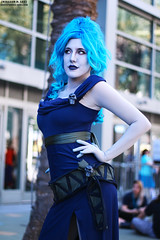 For more Wondercon photos, check out my gallery on Flickr.