December 12th through December 19th, 2013 Weeksauce brings you all the news in geekery, genre fiction, and nerdy celebrities you may have missed this week while you were getting frisky with those freaky no-faced nurses in Toluca Prison. With a huge heaping dose of snark and more than a little yellow journalism, Weeksauce is here to educate/patronize you and the things you love.

Contains major spoilers for the Iron Man 3, in the Movie Section

That’s right – America’s sweetheart, the Ruddmeister himself, will be putting on that big stupid helmet of Ant Man. Edgar Wright’s oft-discussed but rarely filmed potential “Ant Man” movie has been in limbo since it was first announced in 2010, but has recently been rumored to be underway now that Marvel has mastered the comic book movie engine. The rumors are more  than whispers, now, riddles in the dark – Marvel has confirmed that Paul Rudd is stepping into Hank Pym’s variably-sized boots.

Hank Pym, to those not in the know, is kind of like the Steve Urkel of the Marvel universe. He really is brilliant, much like Urkel – his creations are stunning in concept, inventions that allow shrinking and enlarging, artificial intelligence, clones, “boss sauce,” and more. However, like Steve Urkel, none of the characters really like him, because his successes are equaled only by his tremendous fuck-ups. He hit his wife, he created the Avenger’s arch-nemesis, sometimes he dresses like a wasp – he’s an occasionally tolerable screw-up with his heart in the right place and his head up his ass. When Paul Rudd slips on the tiny hat, however, he’ll probably be the first person to make Hank Pym likable in fifteen years. Plus, more Paul Rudd is never a bad thing, especially when he can fit right in your pocket. Not for, like, sexy stuff, I just mean . . . well. That’s not such a terrible idea . . .

Marvel Studios head honcho had this to say about the casting:  “We knew early on that we had found the right person in Paul. When he not only agreed to do it but became as enthusiastic as any actor we’d ever met with about doing the work, we knew we’d found the right guy. We couldn’t be more excited for our audiences to see what he’s going to do to bring Ant-Man to life.”

Drew Pearce had this to say about the twist: “We obviously chose to take a direction with Sir Ben Kingsley’s version of the Mandarin that has a huge surprise. He turns out not to be the thing that the movie — and the marketing of the movie — purports him to be, which is this canon-based archnemesis to Iron Man.” He went on to say, “For the Mandarin, I’d been kicking around lots of ideas about false faces and terrorist pop stars and I was really worried about telling Marvel — I thought we’d get strung up — but Shane said, “Fuck ’em, this idea is kind of indelible. We should run towards it.” And to both of our surprise, when we pitched it to Kevin Feige, who’s the president of Marvel Studios, he took it in and said, “I love it.”‘

Remember how you were going to buy things for other people? Well, that idea just went down the crapper, because Valve just started a pretty horrifying holiday sale on “Steam,” their PC game distribution client. For a fraction of the cost, some of the biggest video games are available for download right this very second. Wanna check out the brand new Arkham: Origins? Normally $50, right now it’s $25. Bioshock: Infinite, one of my favorite games of the year (and possibly of all time) can be picked up for nine bucks, which is roughly the cost of one Carl’s Jr. hamburger sandwich. Indie favorite ‘FTL’, a sort of Star Trekkian micro-management, starship sim, is available for like three dollars. X-COM: Enemy Within is 33% percent off, and that game be bangin’, yo!

A ton of deals abound, from mega-blockbuster games to small niche games, and I highly suggest giving the sale some perusal. I mean, I guess you could buy the games for someone else. I don’t know why you would, but I don’t think it’s illegal or anything. I’ll have to check up on that. 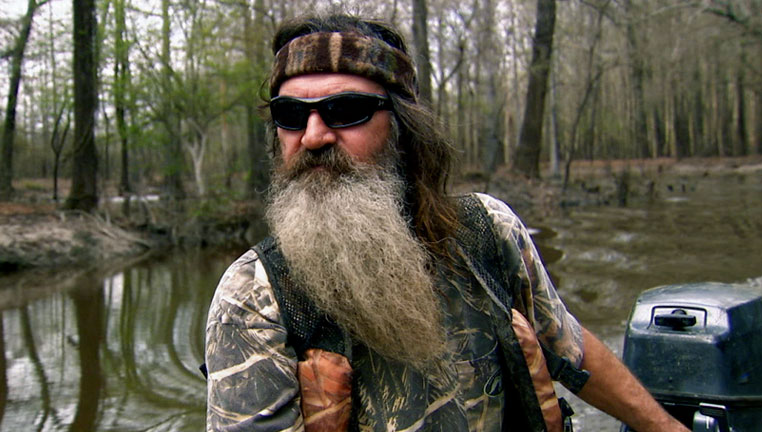 On Wednesday, one of the stars of the Faustian-ly popular “Duck Dynasty” got in a bit of hot water when he said some anti-gay remarks. Phil Robertson, the old dad character (I assume), basically said that vaginas were better then anuses, and called homosexuality a “sin.” The public outcry caused the man to get indefinitely suspended from the show, according to sources at A&E, the network responsible for airing the program. Now, let’s be clear here: I love gay people. They’re the bees knees. I wish some of my best friends were gay. I also sorta hate reality television, and the prospect of watching “Duck Dynasty” sounds about as enticing as eating dried raccoon assholes over a bed of kale. However, allow me to say this: If you’re surprised that a 67-year-old man from Louisiana (who makes duck calls for a living) doesn’t have the most progressive views on gay people, than you have been spending too much time in unicorn-Narnia hanging out with Prince Oberon the sparkly Sprite King of Candyland.

Everyone But US Winning Space Race

It’s been a great week for space exploration, which is the only feasible long-term future of mankind. So that’s nice. ESA space probe “Gaia” launched into the Outer Dark at around 4am French Guiana time on December 19th, from the (get this) “Europe Spaceport.” Europe has a spaceport now? Seriously, what is your major malfunction, United States. Yeah, I know we have Houston and Cape Canevral, but we don’t call them “Spaceports.” Which we should. I want a sweet, wretched hive of scum and villainy wherein I must be cautious. I want to meet guys with death sentences on 12 systems. I want to almost buy our own ship at that price, dammit. The Gaia is on a five year mission (SOUND FAMILIAR!?) to explore the galaxy (!!!) and create the most comprehensive 3D map of the Milky Way yet. It’s already on its way, where it will be awesome.

If you want to actually learn about the technical specs, that’s just not our style, but if you put your click right here I’m sure you might find something. Also the Chinese landed a probe of their own on our moon. Meanwhile, the U.S. continues to sigh in the corner and talk about how China and Europe’s hair is looking greasy today and they’re not even that cute.