Comic-Con 2016: Or How I Learned to Stop Worrying and Part Ways with the Hall H Line

Home /Comics, Conventions, Movies, News, Television/Comic-Con 2016: Or How I Learned to Stop Worrying and Part Ways with the Hall H Line 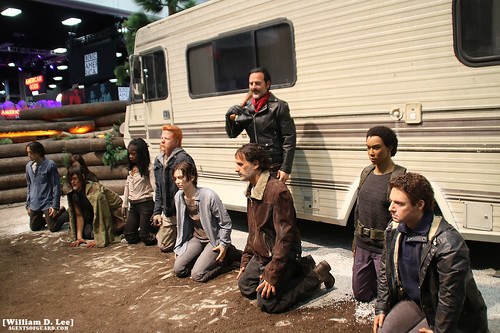 I attended my first Comic-Con in 1993 and I haven’t missed a year since 2004. That was the same year the San Diego Convention Center opened up Hall H, which has quickly became THE place to be for Hollywood to kick off the hype for their most anticipated blockbusters. I’ve had my share of Hall H memories. I was there when Marvel introduced the main cast of the Avengers, when Tom Hiddleston made an appearance in costume as Loki, and for a surprise concert by Tenacious D.

It wasn’t uncommon to see attendees camp out for the following day’s programming, but it was usually a few dozen of the most hardcore of hardcores. Nowadays, you’ll see thousands sleeping on the streets (by choice) in a line that stretches behind the convention center and along the picturesque marina.

SDCC organizers have tried to alleviate the problem by distributing wristbands that would allow some people the option to return to their homes or hotels and get back in line the next morning. Unfortunately, it takes a long time for a handful of volunteers to pass out those coveted wristbands. Last year, I waited in line until well past 1AM, along with fellow Agents Justin, Jamal, and Earl for a chance to get into Hall H for a line-up that included Batman v Superman, Suicide Squad, Deadpool, and X-Men: Apocalypse. Of course, Comic-Con pulled a fast one on us as you could miraculously walk right into Hall H Saturday morning. I certainly had misgivings about doing it all over again in 2016.

Lo and behold, Comic-Con came barreling in and Saturday was loaded with panels for Marvel Studios and Warner Bros., along with a Star Trek: 50th Anniversary panel and an Aliens: 30th Anniversary Reunion. I got in line around 5:30PM, sat on the grass behind Joe’s Crab Shack and prepared for a long night. The hours ticked away and I began reevaluating my life decisions. It was more than just waiting eight hours for my wristband and missing out on good convention time. Did I want to spend an entire Saturday inside Hall H, fighting for a position in the press pit, and subsisting on granola bars or, god forbid, con nachos? Or did I want to go home, play with my dog, take a shower, sleep in my own bed, wake up on my own time, and grab a breakfast burrito from Lolita’s? The more I thought about it, the more appealing Option B looked.

Ultimately, I decided to skip Hall H. Sure, it would have been nice to be in the room when Marvel unleashed a cavalcade of stars and exclusive footage. However, I had way more fun hanging out with friends, navigating the crowded exhibit hall, and hitting some of the offsites like Camp Conival at Petco Park and Nerd HQ, where I got Tom Hiddleston to autograph a Thor: The Dark World poster.

Not to say my con experience this year was completely Hall H free. I strolled into the venerable auditorium on Thursday for the Dreamworks Animation panel. Chris Hardwick moderated the preview for Trolls with Justin Timberlake, Anna Kendrick, and directors Mike Mitchell and Walt Dohrn in attendance. I honestly had zero interest in a big-budget film based on a novelty toyline, but the footage screened changed my mind. At the very least, Trolls will appeal to those of you who partake in hallucinogenic drugs. Timberlake voices Branch, a misanthropic Troll who is forced to aid the ever-cheerful Princess Poppy (Kendrick) when numerous Trolls are captured by a race of monsters called the Bergens. Think of them as an entire species of Gargamels. They actually screened twenty minutes of footage from the movie, which saw Branch and Poppy navigate a dangerous forest filled with EDM-inspired plants and creatures. There was also a surprisingly touching scene in which Branch serenades a saddened Poppy with a cover of Cyndi Lauper’s “True Colors.” As a surprise, Dreamworks also previewed Boss Baby with Alec Baldwin, director Tom McGrath, and producer Ramsey Naito. The story is about a boy who discovers his new baby brother (Baldwin) is super intelligent and planning a hostile takeover of the family. 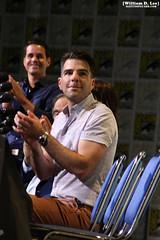 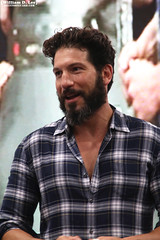 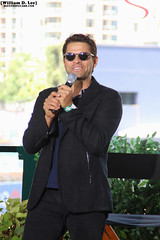 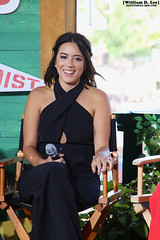 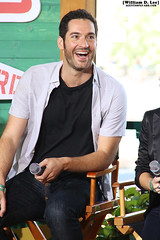 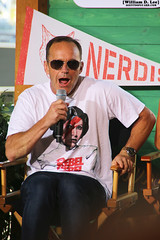 Up next was the Snowden panel, which began with a highlight reel of Oliver Stone’s filmography to welcome him to his first-ever Comic-Con. Stone was joined by stars Joseph Gordon-Levitt, Shailene Woodley, and Zachary Quinto. After rolling the trailer, the panelists discussed activism, government surveillance, and studying their real-life counterparts. I didn’t stay for the entire panel as I rushed over to Petco Park and made my way through the security checkpoint to check out the panels for Preacher and Lionsgate’s Nerve, starring Dave Franco and Emma Roberts.

Camp Conival, which was open to the public, actually had a pretty stacked schedule with panels for Agents of SHIELD, Sherlock, MST3K, Lucifer, and Legends of Tomorrow. The programs were breezy without anything truly significant discussed or revealed. About the biggest bit of news was for Lionsgate’s The Woods, which had just been revealed to be a true sequel to The Blair Witch Project. Directed by Adam Wingard, the horror flick follows the brother of Heather Donohue on a search for the fate of his sister 15 years after the events of the original film.

Back inside the convention center, the exhibit hall was crammed with all sorts of eye candy. Nickelodeon’s booth was a tribute to 90’s nostalgia with Rugrats, Hey Arnold, and Double Dare featured prominently. Legendary Pictures showed off props from the upcoming Great Wall and Ghost in the Shell while DC Comics displayed costumes from Suicide Squad and Wonder Woman. DC’s iconic heroine celebrated her 75th anniversary at Comic-Con and I took part in some of the festivities on Preview Night. 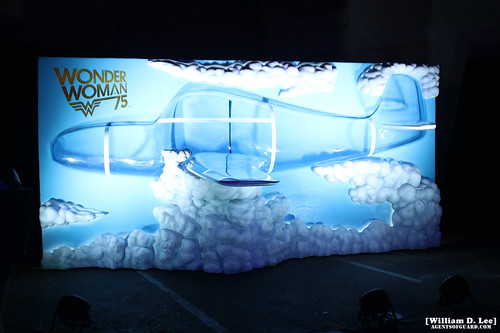 Before the doors opened I attended a sneak peek at upcoming product from DC Collectibles over at the Marriot Marquis. DC showed off plenty of Wonder Woman merch including a 3-foot tall doll that was the spitting image of Gal Gadot and replica Golden Lasso. There were also Suicide Squad statues, cute plushes, and a massive Batwing for their Batman: The Animated Series line. Later that night, press was allowed to attend the unveiling of a life-size invisible jet a few blocks away.

All in all, Comic-Con 2016 was the year in which I had a heartfelt conversation with the Hall H line and decided it was time to go our separate ways. Sorry, Hall H line, but it’s not you, it’s me. I’m sure we’ll still see each other in the future when you aren’t seeing three or four thousand other people. 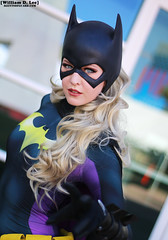 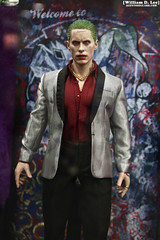 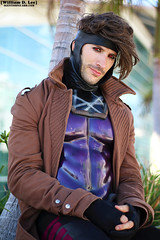 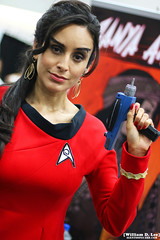 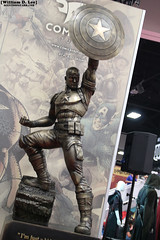 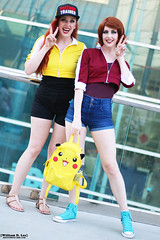 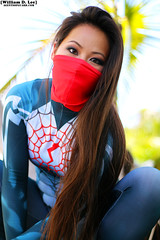 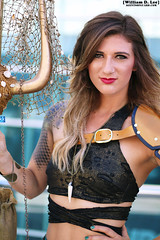 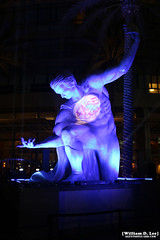 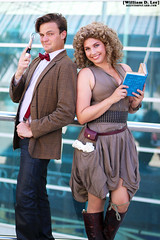 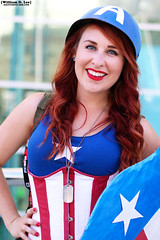 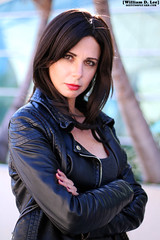 This is just a small sampling of pics from SDCC 2016. For a complete photo gallery (currently still uploading), click here.