A whole new year means a whole new year of cons. Southern California didn’t have to wait long as the second weekend of January was booked to the gills. Anime Los Angeles, the Lego-themed BricksLA, and Long Beach Comic Expo all took place at the same time. The majority of fans seemed to choose the four-day ALA in Ontario over all others. It certainly hurt the attendance of LBCE, which had primarily been held in February the last several years.

LBCE had grown from a very small one-day event to a two-day affair that was almost as big as its sister, the Long Beach Comic Con in September. However, it seems that both Long Beach shows have dialed it back in some ways. There hasn’t been a major media guest like Jason Momoa in a couple years. This year’s guest list included Bai Ling, Daniel & Luis Moncado (the Salamanca Twins from Breaking Bad and Better Call Saul), and WWE Hall of Famer Rikishi.

2020’s Expo featured less exhibit space and less vendors. Convention-goers also appeared to be outnumbered by performers and attendees of a dance competition taking place in the upstairs ballrooms. The far end of the exhibit hall was home to the Space Expo, the droid builders, a lasertag course, and a gaming area where folks could take a break and play tabletop games. Smaller publishers such as Aspen Comics and Top Cow were present, alongside comic book luminaries like Gerry Conway (creator of The Punisher), Bill Sienkiewicz (Elektra: Assassin, New Mutants), and David Mack (creator of Kabuki and cover artist for Alias, featuring Jessica Jones). DC Comics’ co-publisher Dan Didio hosted a panel on Saturday to discuss the state of affairs of the company. DC had further presence at LBCE with Marc Bernardin, co-host of the Fatman Beyond podcast, breaking down the Crisis on Infinite Earths television crossover. Meanwhile, a lone table was set up for Birds of Prey, where attendees could spin a prize wheel to win movie posters or advanced screening tickets.

While there was the usual cavalcade of Harley Quinns, the other characters in the film were underrepresented. On the flip side, a few cosplayers dressed up as the Mandalorian, complete with their own homemade Baby Yodas. Speaking of which, Star Wars fans hunting for merch could find unofficial art prints and t-shirts of the little guy with a taste for live frogs.

The following weekend was Anime Impulse at the Pomona Fairplex. The convention began in 2016 and is a 2-day affair, held in conjunction with the Asian-American Expo. Tickets are cheap with early bird prices going for $12 and $18 for one and two days, respectively. Best of all, admission to Anime Impulse grants you access to all the other events at the fairgrounds. The Asian-American Expo features symposiums, lion dancing, vendors selling imported goods, and tons of food. The aroma of freshly grilled meat triggers your appetite for sushi, pad thai, and boba tea. There’s also Blush Con, a trade show for cosmetics and other beauty supplies. Personally, I stuffed myself with satay chicken and takoyaki.

Anime Impulse itself primarily focuses on cosplayers and voice actors in addition to musical performances, an outdoor karaoke stage, and a separate building housing artists alley and arcade games. 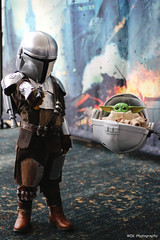 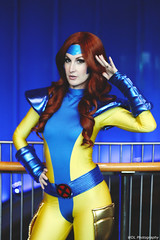 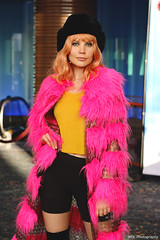 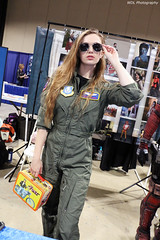 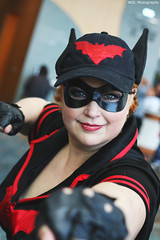 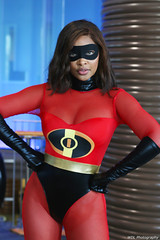 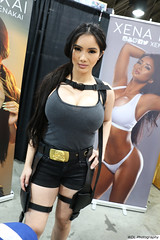 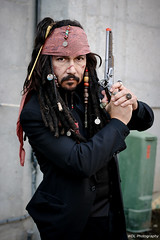 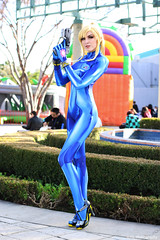 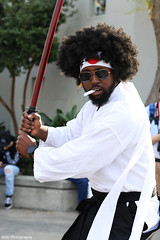 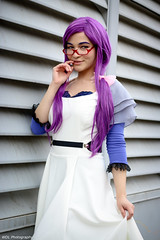 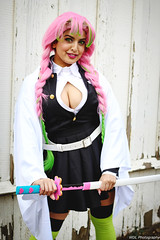 Head over to my Flickr page  for more photos from Long Beach Comic Expo and Anime Impulse.