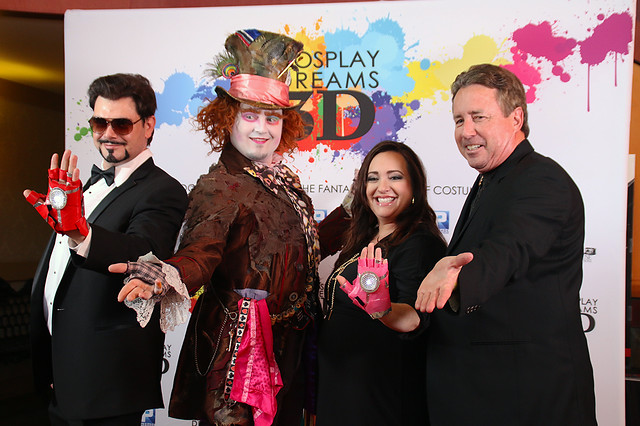 When I first started attending comic book conventions, cosplay wasn’t even in our vernacular. Don’t get me wrong, there was always a small portion of folks dressed as Stormtroopers or Klingons. However, dressing up for Comic-Con was almost a fringe pastime for a fringe pastime.

Now, comic book culture has gone mainstream with some of the highest grossing films of all-time based on comic book, sci-fi, or fantasy properties. As a result, the proliferation of conventions has exploded as well with cosplay becoming a popular part of the experience. The costumes have become so elaborate that many fans would choose the cosplayer over the big screen Hollywood version as evidenced by the uproar around Oscar Isaac’s Apocalypse.

Cosplay Dreams 3D is a new documentary by directors Gulliver and Christine Kasal Parascandolo that gives us a quick peek into this world. The movie certainly dispels the stereotype of the hardcore fan who is socially awkward with a tenuous grip on reality. In fact, many of the subjects interviewed in Cosplay Dreams state that cosplaying has helped them overcome their shyness and improve their self-esteem.

Among those featured are Liam, a high school senior and member of his school’s water polo team. Of course, his teammates, his coach, and his dad don’t seem to understand this side of his life. That doesn’t stop Liam from taking pride in constructing his own props and armor.

Brandon has been able to turn his love of cosplaying into a small business. He throws kids birthday parties while dressed as various characters like Batman, Beetlejuice and Captain Jack Sparrow. His love of the Johnny Depp’s iconic persona has extended to his home, which has an entire room covered in Pirates of the Caribbean décor and another just for his costumes, completed and some work in progress. Brandon even met his girlfriend as Captain Jack and she now joins him for the parties. As a father, Brandon is concerned that this daughter, Ireland, may one day grow to resent him for spending so much time with other children. He makes it a point to make her birthdays extra special.

Cosplay Dreams doesn’t delve deeper into recent issues, such as the “Cosplay is NOT Consent” movement helping to battle sexual harassment of cosplayers. Nor does it bring up controversial statements by some artists that cosplayers are stealing their business. The documentary is a light, breezy look into the world of cosplay that preaches to the choir though it may not convert the uninitiated. It also would have been nice to watch the participants as they built and assembled their respective costumes.

Cosplay Dreams was shot over the course of two years at conventions such as San Diego Comic-Con, WonderCon, Anime Expo, and Labyrinth of Jareth, an annual masquerade ball in L.A. Utilizing 3D cameras and Adobe After Effects, Cosplay Dreams adds snazzy visual effects to highlight its subjects, from Street Fighter-style energy bars for a pair of martial artists to lightsabers.

On Aug. 21st, Cosplay Dreams 3D held its San Diego premiere at the Reading Gaslamp theater, which is only a few blocks away from the Convention Center. A month and a half ago, the streets of Downtown San Diego were littered with cosplayers and con-goers and the premiere brought back those happy memories. 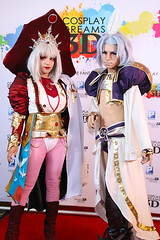 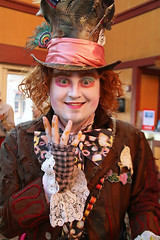 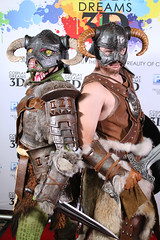 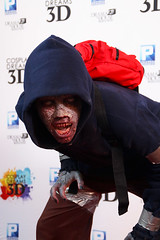 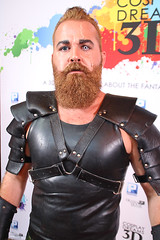 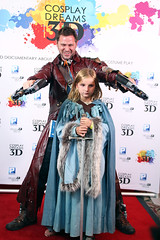 For more photos from the premiere, head over to Flickr.

The Strange Appeal of The Worst Idea of All Time
Agent Justin is on a Reality Cooking Show called “Eat Your Words!”….wait what?