For some people, their priorities for Comic-Con are getting into those highly anticipated panels and viewing the first footage of an upcoming blockbuster. Others are all about buying limited edition exclusives to add to their collection or resell on eBay for inflated prices. Autographs, artwork, cosplay, you’ll find it all when Comic-Con descends upon downtown San Diego.

For me, this year’s SDCC was a different experience from past conventions as I found my own priorities have changed. When I attended my first Comic-Con back in 1993, I hopped on a bus with a duffel bag filled with comics to get signed by my favorite artists and writers. It was my first opportunity to meet many them. Obviously, times have changed significantly. When Hollywood came calling, I was all about hitting up those panels in Hall H. It’s not so easy or fun anymore as I discovered last year. The line for Saturday’s programming (featuring Warner Bros, Westworld, Stranger Things & Marvel Studios) began forming on Thursday and stretched for a mile past the convention center. The situation was exacerbated when con staff discovered that hundreds of wristbands may have been counterfeited leaving attendees with legitimate wristbands in limbo. SDCC tried to make good by offering those people free 4-day passes for 2018.

My only time in Hall H was on Friday when I strolled in for the Defenders panel featuring series stars Mike Colter, Finn Jones, Krysten Ritter, Charlie Cox, Elodie Yung, Deborah Ann Woll, Jessica Henwick, Sigourney Weaver, showrunner Marco Ramirez, and head of Marvel Television, Jeph Loeb, with a cameo by the Punisher himself, Jon Bernthal. Not only did we get a sneak preview of the Punisher series, we got to watch the first episode of The Defenders. If you were hoping for the four heroes to meet and leap into action right away, slow down. The pilot takes its time in catching up with each character’s life and introducing us to a new villain. Matt Murdock has put away the costume and focused on his practice. Luke Cage is released from prison thanks to Foggy Nelson. Jessica Jones reluctantly searches for a missing architect with a seemingly clean cut family life. Meanwhile, Danny Rand and Colleen Wing have been on a globetrotting hunt for The Hand. After receiving dire news from her doctors, Weaver’s Alexandra pushes up the timetable for her nefarious plans and causes a mysterious earthquake in NYC.

Speaking of Netflix, they had a booth at Comic-Con for the first time ever. It was an enclosed area consisting of television screens playing trailers for future releases. Not much, but I went through multiple times in order to score a Defenders poster and t-shirt, plus a Stranger Things trucker hat. There were plenty of other sights to take in while wandering the exhibit hall. Get a photo op with Shiva the tiger at the Walking Dead booth, check out props from Warcraft and Ghost in the Shell at the WETA booth, see Justice League costumes at the DC booth, and life-size LEGO statues of Thor, the Flash, and Luke Skywalker.

Marvel probably had one of the worst booths, not in terms of content or look, but simply because of crowds. The Marvel booth was almost always packed with lookie loos hanging around for hours just to catch a glimpse of the various celebrities signing autographs throughout the con. Mark Ruffalo, Chris Hemsworth, members of the Black Eyed Peas, and the cast of Black Panther were just a few to stop by.

Personally, I had a lot more fun ogling the high end action figures and statues brought to us by Sideshow Collectibles. In addition to their own incredibly detailed statues, Sideshow displayed figures from Thor: Ragnarok, Guardians of the Galaxy Vol. 2, and Justice League by Hot Toys. The highlight of the collection had to be a Hulkbuster that could be worn by a 12 inch Iron Man. The price? Only over $800. A nice surprise was a selection of James Bond figures based on Goldfinger and Live and Let Die by a UK company called Big Chief Studios.

Capitalizing on the resurgence of women’s wrestling in the WWE, Mattel announced a new line of dolls and figures based on WWE’s female superstars. To promote the line, WWE sent the Four Horsewomen: Charlotte, Bayley, Becky Lynch, and Sasha Banks, along with the Bella Twins for a panel and autograph signing. I wasn’t able to snag a ticket for that signing, but did get Charlotte by herself at a signing for Boom Studios. If you are a fan of pro wrestling, Comic-Con had a lot to offer. In addition to the women of wrestling, indie publisher Headlocked Comics brought the legendary Ric Flair, and Lucha Underground were represented by Vampire, Johnny Mundo, Taya Valkyrie, and Dario Cueto.

Hitting up a few offsites is a good way of escaping the suffocating crowds of the convention center, but those long lines are ever present. Even in the wee hours of the morning, lines were wrapped around the building for the Game of Thrones activation, across the street from the Omni Hotel. HBO’s Westworld Experience at the Hilton Bayfront was easily the most exclusive offsite with only 100 attendees allowed in throughout the day. Luckily, LAIKA opened their pop-up shop a week before the convention began. I avoided the long lines and got to check out some of the beautiful sets and stop-motion puppets from LAIKA’s entire filmography.

I also managed to partake in the Blade Runner 2040 Experience, which transported you to a futuristic Los Angeles. For those with a healthy amount of patience, there was a brief VR “ride.” I went with the non-VR option and was taken directly into a recreation of Blade Runner’s LA, complete with smog and rain. You not only got to see props and costumes from the film, but met many of the city’s denizens, from streetwalkers to a jovial chef tending bar. Actors were fully committed to their characters, so much so that police officers checked certain attendees to see if they were replicants and yelled at a few to move along, in case they dawdled. Everyone who entered were issued RFID cards that could be used with vending machines that dispensed free posters and T-shirts.

All in all, it was another exciting Comic-Con. I’m definitely feeling old though considering one of my favorite moments at SDCC were finding a nice, quiet spot to sit down and rest my feet.

Here is a small selection of photos from San Diego Comic-Con 2017: 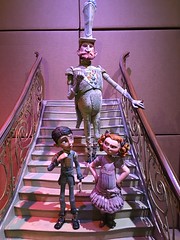 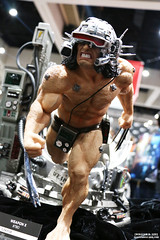 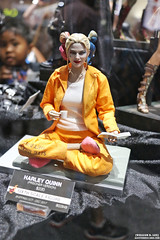 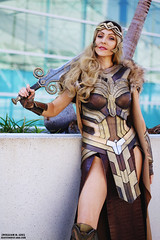 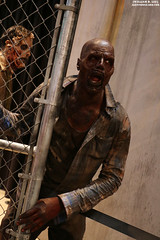 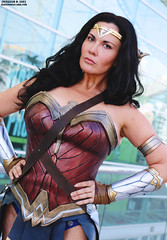 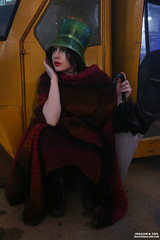 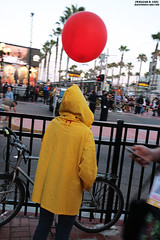 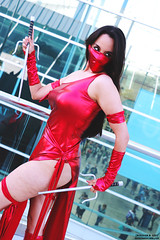 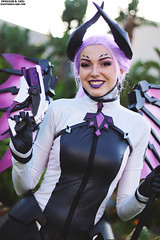 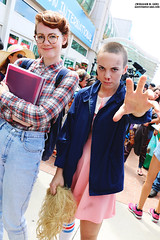 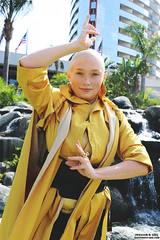 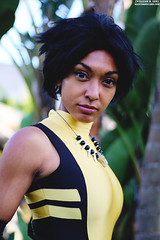 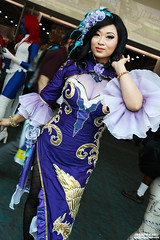 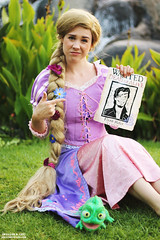 For more photos from SDCC, head over to my gallery on Flickr.
You can also check out photos from Anime Expo 2017 on 4th of July weekend.