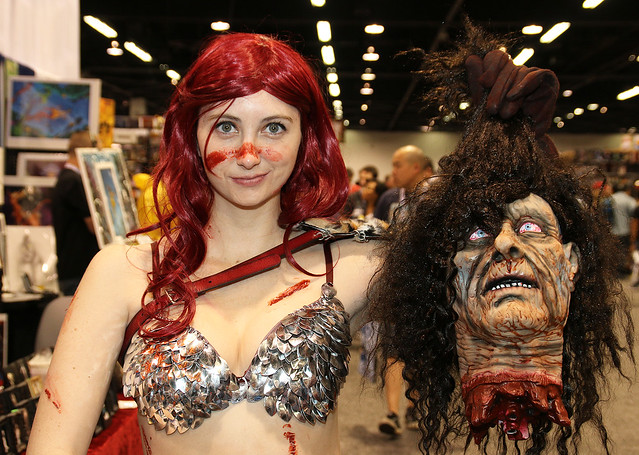 Wondercon was alive and well this past Easter weekend at the Anaheim Convention Center. For those unaware of the event, WonderCon is put on every year by the organizers of the San Diego Comic-Con. It’s always been considered a little brother to the pop culture behemoth that is SDCC. The smaller scope of WonderCon was evidenced by the lack of presence of Marvel, DC, and Dark Horse. In their stead were Image Comics, IDW Publishing, Boom Studios as well as Nintendo, Capcom, and one of the larger Artists’ Alleys in recent memory.

Perhaps the biggest news coming out of WonderCon 2015 was the convention’s move to Los Angeles in 2016. The gathering actually began in 1987 at the Oakland Convention Center long before it fell under the sway of SDCC. It moved to the Moscone Center in San Francisco in 2003 before renovations forced WonderCon’s move to Southern California in 2012. Since then, WonderCon has grown in size from initially sharing the Anaheim Convention Center with a national cheerleading competition. The sudden relocation to the City of Angels (even if temporary) doesn’t appear to be an improvement. Not only is the Anaheim Convention Center a larger venue than L.A., but the center’s prime location across the street from Disneyland makes it a more family-friendly option with an abundance of restaurants and hotels. Still, the new site’s proximity to Hollywood may make it easier to attract guests who have been reluctant to attend due to the holiday.

This year’s programming certainly felt lighter than usual. Blumhouse, the production company behind Paranormal Activity, brought their latest offerings with sneak previews of Insidious: Chapter 3, Unfriended, and a very brief look at Sinister 2. Disney also provided a behind-the-scenes look at the making of their hit animated picture Big Hero 6. Television had a stronger presence at this year’s WonderCon than film with panels for Falling Skies, The Last Man on Earth, M. Night Shyamalan’s Twin Peaks-esque Wayward Pines, and Powers, the new drama debuting on the Playstation Network and based on the comic book series by Brian Michael Bendis and Michael Avon Oeming. 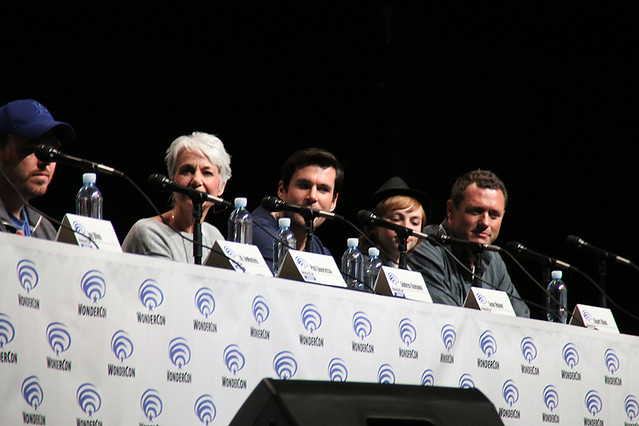 Warner Brothers was the only major movie studio to bring anything substantial. In the exhibit hall, WB set up a truck with a small theater that screened the trailer for San Andreas. Friday night was the world premiere of Batman vs. Robin, the latest in their line of direct-to-video animated flicks. This one continued threads from Son of Batman and was loosely adapted from the critically acclaimed “Court of Owls” storyline. Their Saturday panel was only a scant half an hour with the first part devoted to new footage from Mad Max: Fury Road. In addition to a sizzle reel with additional vehicular carnage, WB showed an extended sequence featuring Max emerging from the aftermath of a violent sandstorm. He is chained to a seemingly dead Nux (Nicholas Hoult) when he comes across a tanker truck where Charlize Theron’s Imperator Furiosa and a quartet of women attempt to hose themselves off and cut their own chains loose. Max and Furiosa get into a brawl over the water and bolt cutters when they notice an armada of vehicles approaching from the distance.

For San Andreas, Warner brought out directed Brad Peyton along with stars Carla Gugino and Alexandra Daddario. They discussed preferring practical effects and stunts over CGI, rewriting the screenplay due to new research in earthquakes, and the one man special effect in Dwayne Johnson. Some of the big set pieces shown included Johnson as a rescue pilot approach a rooftop as his ex-wife (Gugino) races towards the chopper as Downtown LA crumbles. Another saw Johnson and Daddario trapped in the subway as the tunnels flooded. All in all, San Andreas features enough urban carnage to make Roland Emmerich shudder.

While Warner and DC Comics have struggled to get their cinematic universe off the ground, they’ve been tearing it up on television. Arrow was absent again this year, but The Flash, Gotham, and iZombie may have been enough to satiate the masses.

For Gotham, the panel consisted of Ben McKenzie, Robin Lord Taylor, Corey Michael Smith, and producer John Stevens. Each actor discussed being recognized in public and portraying their respective characters. They also announced that several fan-favorite villains will be making their debuts in season 2, such as Hugo Strange, The Mad Hatter, Mr. Freeze, and Clayface though there’s no word on how the show is going to handle the latter two’s extreme attributes. We will also see more of Jerome, the disturbed young man who may or may not grow to become The Joker. The Flash will also be dealing with an expanded rogues gallery as producer Andrew Kreisberg teased the arrivals of Mirror Master, Dr. Alchemy, and one that may cause fans to lose their minds. Another tease focused on the eventual fates of Cisco and Caitlin as Vibe and Killer Frost. Actress Danielle Panabaker seemed excited at the potential to play the chilling arch-nemesis to her literally hot paramour Firestorm. 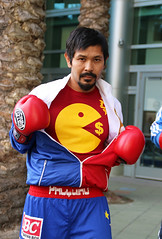 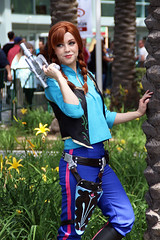 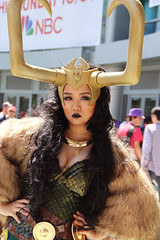 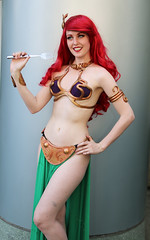 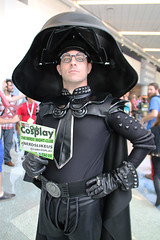 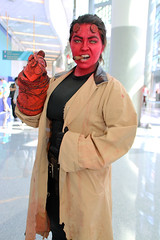 For more WonderCon photos, head on over to Flickr.