The nadir of con season comes in July when nerds descend upon San Diego like a swarm of locusts for Comic-Con. Before then, Comic-Con International, the organization behind SDCC, puts on a sister convention in Anaheim known as Wondercon.

This year’s Wondercon, taking place a week before Easter, saw some significant changes. In 2016, Wondercon was temporarily displaced to Los Angeles due to construction on a new addition to the Anaheim Convention Center. The new building, the North Hall, was open for business and used to house additional panels, along with a small tech pavilion featuring the latest in VR devices. The security perimeter was extended throughout the atrium in front of the venue. Attendees needed to flash their badges in order to approach the building or access the rows of food trucks. Requirements for costume props and weapons were less stringent than other conventions and there were no bag checks or metal detectors. On the other hand, K9 officers made their presence known inside and outside the convention.

The face of the convention center was plastered with signage for SyFy’s new series, Krypton, set at a time long before the birth of Superman. Krypton was just one of many new TV shows promoted at Wondercon. AMC brought The Terror to Wondercon with a rare offsite that simulated the experiences of a shipwrecked crew in the Arctic. Others dramas trotted out included Reverie, Siren, Netflix’s remake of Lost in Space, and Marvel’s Cloak & Dagger right alongside returning hits such as Fear the Walking Dead, Black Lightning, The 100, and Agents of SHIELD. DC’s animation division were hard at work this year with screenings of Batman: Ninja and Suicide Squad: Hell to Pay and panels for Teen Titans Go and a new animated webseries starring John Constantine.

Wondercon also instituted a new online lottery for popular autograph signings, such as Ready Player One, Agents of SHIELD, and in-demand creators like Jim Lee and Scott Snyder. Attendees were essentially allowed one entry for as many signings as they pleased. Those who were selected brought their registration to the con and were given wristbands, which were non-transferrable. It will be interesting to see if the lottery will be implemented for Comic-Con as a possible salve for those unwilling to wait around in line for hours upon hours.

Using the center entrance to the exhibit hall took you right to the booths of IDW Publishing, Skybound, and DC Comics though their area was a fraction of the size of SDCC’s. Graffiti Designs was also in close proximity selling exclusive variant covers and Wondercon merch. The lines were extraordinarily long on Friday, but were almost non-existent for the rest of the convention. One of the only Hollywood flicks on the floor was Rampage, which featured a pair of stations where fans could play the arcade game and grab a free poster.

The Wondercon party traditionally continues even after the show floor closes for the final time on Sunday. There’s music, dancing, and one more chance to grab photos of all the wonderful cosplayers. Unfortunately, I had to cut my convention short as I headed off to Long Beach for the New Japan Pro Wrestling’s Strong Style Evolved show.

Even though Wondercon is over, there are plenty of conventions for those of us in Southern California. There’s San Diego Comic Fest, Monsterpalooza, and Comic Con Revolution before the big boys (Anime Expo, SDCC) in July. 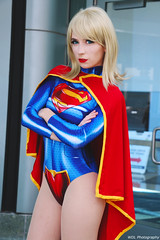 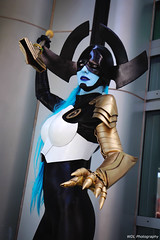 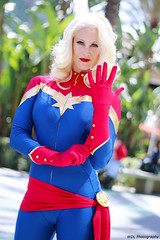 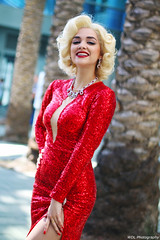 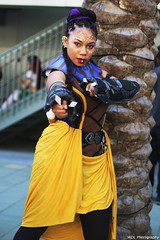 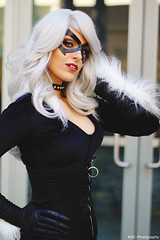 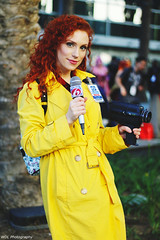 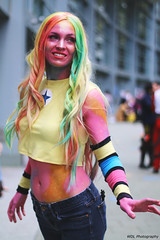 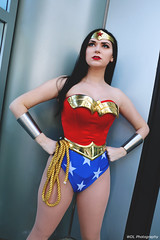 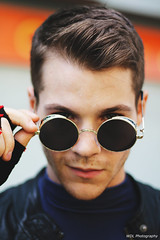 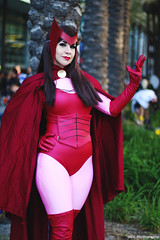 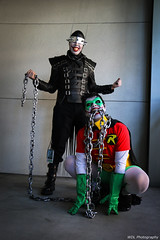 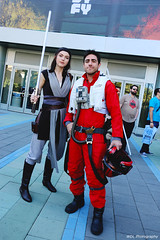 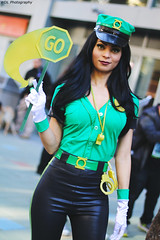 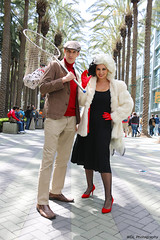 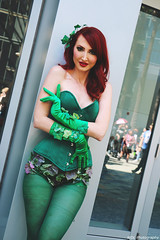 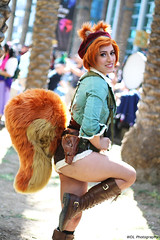 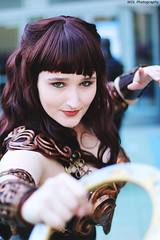